by Shawn
Published in Pakistani Food
Rate this item
(0 votes)

Pakistan is a land of diverse landscape with a 1050 km long coastline along some of the deepest seaports in the world to the highest mountain ranges in the world.

The temperature zones range from sub-equatorial to temperate zones with four clear kinds of weather. Summer season starts around May and lasts till late July when the monsoon rains roll in early autumns. Winters are very cold in the northern territories with the temperature dipping below zero degrees.

Such diverse weather patterns define the kind of food consumed in various parts of the country.

Meat dishes are very popular across the country. However, the kind of meat consumed in the south varies from that in the north. Goat is bred for meat in the plain of Punjab. In northern territory, lamb meat is preferred and goat meat is not very common.

The seafood is quite expensive and is mostly exported because of high demand in middle-east and northern Africa. Freshwater fish is popular in plains but is mostly consumed in winters. The summers are very hot and people in rural areas use a wide range of vegetables and lentils as a major part of the diet.

Pakistani is a wheat eating nation and rice is consumed occasionally. Basmati is most fragrant rice in the world and grown abundantly in Punjab area. Mountian rice is long grain and thicker and is only consumed in the mountainous areas of the country.

Poultry and goat meat is very popular in Punjab and Sind area. Lamb is consumed in the Northern Territory. People in plains do not like beef which is commonly used to make mince, kebabs and processed food.

The cooking style in various parts of the country

Sind and Punjab share common palate and mostly consume meat dishes like curries. Dry cooked food is not preferred and mostly meat and vegetables and meat dishes are cooked with sauce (masala).

Food from Karachi is spicier as compared to Punjab as red chillies are a common ingredient in most dishes.

More comprehensive list of spices can be found on this link.

What are some of the most popular dishes in Pakistan?

You can find over ten varieties of Kebabs ( meat on skewers ) including Seekh Kebab, Shami Kebab, Chapli Kebab (beef Kebab made in beef lard).

Wheat being the staple food is part of the daily diet in for of bread. The roti or naan are different variations of the bread. A regular day in Pakistani household starts with whole grain wheat bread prepared in purified butter (ghee).

In northern areas, where corn is grown abundantly, cornbread with spinach is a staple food. This meal is accompanied by slightly salted buttermilk (lassi).

Is cooking style in Northern Areas different from rest of the country?

The northern part of the country has an altitude above 10000 feet. The weather is quite cold in winters. Lamb meat and beef is like by most of the people.

The lamb is cooked normally in a wok (lamb karahi) with tomatoes, ginger and garlic. This kind of food can be found almost in every city in Kyber Puktunkhawa. BBQ meat is equally popular and the meat is cooked on skewers over charcoal.

Pakistani dishes are cooked in a wide range of dried spices for flavouring and suppressing the strong flavours of certain meats. The spices also add appetizing fragrance to the food.
Most common spices include cumin powder, coriander, cinnamon, cardamoms, cassia bark and garam masala. These are basic spices used in most of the curries and rice dishes. Other spices used for fragrance include saffron, aniseed, curry leaves.
The best methods to get maximum flavours out of the spices are to grind them on a regular basis. You can buy mixed spices in spice stores which can be ground in the grinder when required.
Read more

Red chillies are a major ingredient in curries and most meat and vegetable dishes that add a spicy flavour. A most common use is ground dried red chilli powder rather than using fresh hot chillies. Fresh chillies are mostly used in soups or eaten in salad or on the slide. Some wok dishes such as Chicken Karahis are garnished with fresh red chillies.

Ginger and Garlic are both basic ingredients used in most dishes. Fresh ginger has great health benefits is commonly used in teas, soups, curries, rice dishes etc.
Ginger and garlic is a must in meat dishes to reduce the smell of meat. The ginger is hard to digest if consumed raw. It is normally crushed or finely chopped before adding to most dishes.
Garlic has uncountable health benefits and a great herb for a healthy heart, blood pressure and fights the common cold and maintain healthy cholesterol levels. Garlic has a strong smell and can be consumed raw. Therefore, garlic is either turned into powder or use chopped or crushed.


Most commonly consumed drink is made with milk and yogurt called Lassi. Lassi is sold as buttermilk in shelves in the western world. A slightly different version is consumed by Turkish called arayan commonly available in most Turkish cafes and restaurants.
Lassi is mostly consumed in hot weather to beat the summer heat.
Other drinks for summer include "kanji" a beetroot drink with a kick, "Wheat germ & can sugar drink" called Sattu. Suttu is ideal to kill the summer heat and helps fight sunstroke. Sattu flour is also made with roasted almonds, millet and barley or grain.
Other very popular drinks are sharbat made from almonds, lemon and other herbal ingredients. Ruh Afza has become more of a national drink which is consumed for over 70 years by almost every household.

Most Pakistan dishes are garnished with cilantro and Coriander to give a fresh taste to most curries, meat and vegetable dishes.
Most dishes are garnished with finely chopped coriander to give a great aromatic touch to most dishes. Fresh coriander is refreshing and is also used to cure a headache in aromatherapy.
Another important green that goes into garnished is mint which is mostly used to make refreshing chutney. Mint is also used in Biryani to give a fresh taste to the rice. Mint is valued for its great digestive benefits.


Traditionally pickles are a great way to preserve out of season vegetables and use them throughout the year. The pickles are generally prepared in mustard oil and herbs. Most common pickles are mixed vegetables, lemon, clammy cherry, Chebulic Myrobalan (Harad) and mangoes.
Pickles are consumed extensively across Punjab and Sind rural areas and are a common part of everyday diet. Pickeles are great for health and help improve digestion.
Most Pakistani and Indian grocery across the world are well stocked with popular brands of Pickles.

Planning to visit a Pakistani Restaurant and not sure what to order? Here is my take on some of the most common dishes in Pakistani restaurants across the world. Some restaurants specialize in making family-run recipes like Harissa, Nehari, Biryani or other meat dishes that makes them unique. However, most restaurants have a regular list of food that has found a place on the western palate.
Learn More 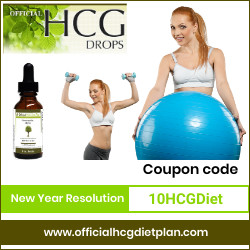 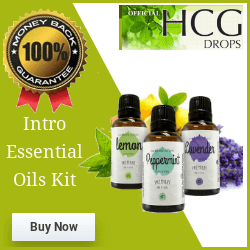 Travelling and food have been my passion over the last fifteen years. With a strong interest in cooking and experimenting with new dishes, I have combined my travel foodie information with my cooking ideas.

Most popular Pakistani Dishes to order in Restaurants »
back to top